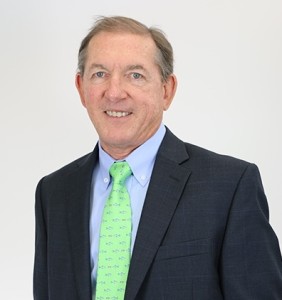 The results of the election, which included new members of its 2016 board of directors, were announced at FYBA’s Annual Meeting, which was held January 23, 2016 at the Seminole Hard Rock Hotel & Casino in Fort Lauderdale.

Paul was elected to a one-year term as President, replacing Gary Smith, also of SYS Yacht Sales. Flannery was previously FYBA Vice President and has worked on several of the association’s committees, including serving as chair of the Arbitration & Ethics Committee.

“He is a consummate brokerage professional and has been involved in the boating industry since his childhood.”

“We are excited to have Paul Flannery take over as the association’s new president,” said Cindy Sailor, FYBA executive director. “He is a consummate brokerage professional and has been involved in the boating industry since his childhood. We look forward to working with him in our ongoing efforts to grow FYBA’s membership and provide more value to our members.”

“We are honored that these busy individuals have chosen to volunteer their time to serve on FYBA’s board,” Sailor said. “Their combined knowledge and expertise will serve the association and its members well during the next two years,” said Sailor.

SYS Superyacht Collection is a division of SYS Yacht Sales. We specialize in the sale, purchase, charter, management, and construction of luxury super yachts around the world. We understand yachting is a way of life. It is more than a job for us, it is our passion! Experience why our clients say they will never go anywhere else. It is the SYS difference.